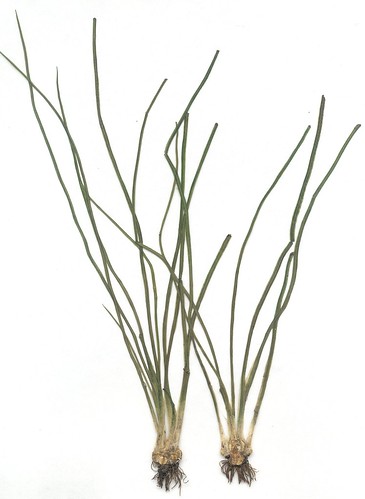 Strong quillwort (Isoetes valida) differs from related species by its relatively small, ireegularly ridges spores. Quillworts, as a group, are mostly aquatic or semi-aquatic herbs that are considered to be relatives of ferns. Their tufted growth habit and elongate, slender leaves superficially resemble certain flowering plants, particularly rushes or grasses. Quillworts reproduce by spores, which are microscopic in size and grouped together at the spoon-like base of certain leaves. The species of quillworts, some of which are common in Pennsylvania, are difficult to distinguish and require detailed examination of the spores.

The PA Biological Survey (PABS) considersstrong quillwort to be a species of special concern, based on the few occurrences that have been recently confirmed and its wetland habitat. It does not have a PA legal rarity status, but has been assigned a suggested rarity status of Undetermined by PABS. Fewer than five populaitons are currently known from the state, but more field surveys are needed.

It grows in low volume streamlets, seepages, impoundments, and other wet places.

Sporulates late summer; however, spores found around rootstock much of the year

In Pennsylvania, it has been documented historically in some southern counties, where it grows in low volume streamlets, seepages, impoundments, and other wet places.

The viability of populations of strong quillwort and its habitat may be enhanced by creating buffers around wetlands, controlling of invasive species, and protecting the natural hydrology surrounding wetlands. More field surveys are needed to determine the range, relative abundance, and ecological requirements of Isoetes valida.