This plant, as well as others from its genus, can be used as medicinal herbs, perfumes or as decorations. 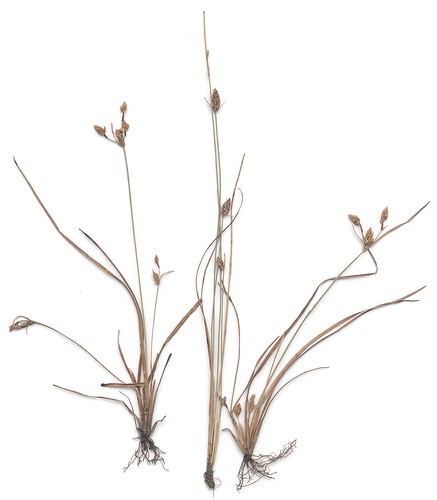 Annual fimbry (Fimbristylis annua) is an annual graminoid herb that usually is less than 15cm in height. The plants grow in tufted clumps and have thin, wiry stems that emerge from slender roots. The leaves are relatively few, less than 3mm wide, have flat or inrolled edges, and occur mostly at the base of the plant. The flowers, appearing from July to October, are minute and are grouped in brown, egg-shaped spikelets. Up to ten spikelets are clustered at the top of each stem, with the spikelets seeming to emerge from one point on the stem. The mature fruits are about one to one and a half mm long.

The PA Biological Survey (PABS) considers annual fimbry to be a species of special concern, based on the few occurrences that have been recently confirmed and its specialized habitat on serpentine barrens. It has a PA legal rarity status and a PABS suggested rarity status of Threatened. About twelve populations are currently known from the state.

It grows in damp depressions or seasonal seepages on serpentine barrens.

In Pennsylvania, it is at a northern border of its range, and has been documented historically in a few southeastern counties.

The viability of populations of annual fimbry and its serpentine habitat will require maintaining early successional conditions and natural hydrology patterns, and controlling invasive species. Active management, through the use of fire, scraping, or mowing, may be needed to create the proper successional stage and ecological conditions for this species to thrive.