This spcies is one of the most resilient and easy to keep "carpet" plants, so it's good for outdoor area or even fishtanks. 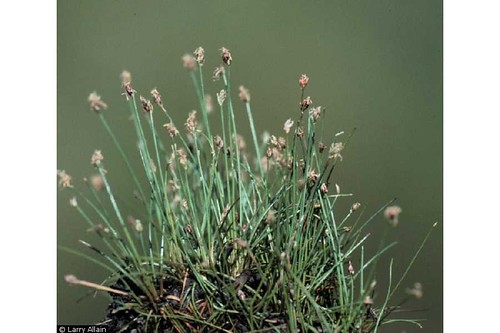 Dwarf spike-rush (Eleocharis parvula) is a diminutive perennial herb typically some centimeters in height. The leaves are reduced to scales that are located at the base of the stem, which is the main photosynthetic portion of the plant. The flowers, appearing from June to September, are microscopic in size and are grouped together inside a scaly cluster at the top of the stem. The individual fruits are only about one millimeter in length and are three-sided.

The PA Biological Survey (PABS) has assigned dwarf spike-rush a rarity status of Endangered, based on the limited number of populations that have been confirmed, the small population sizes, the limited state range, and the specialized habitat.

Dwarf spike-rush grows in intertidal marshes, mudflats, and on shorelines. The intertidal populations are subjected to daily cycles of exposure and inundation.

In Pennsylvania, it has been documented historically in a few southeastern counties and in Erie County.