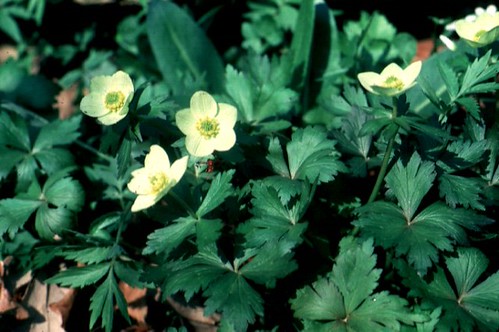 Spreading globeflower (Trollius laxus) is a showy plant with palmately cut, lobed leaves, 7.5-12cm wide. Large terminal flowers, up to 4cm in diameter, are yellow or cream-colored. The petals are tiny, but the five to seven large sepals are brightly colored. The plant grows from 12-50cm tall.

In Pennsylvania, its range is limited to the glaciated sections, where wetland habitats are calcareous (alkaline).

Eight of fifteen historically documented spreading globeflower sites have been destroyed because the wetlands where they existed were drained or filled for agriculture and housing development.

Spreading globeflower is a candidate for listing under the Federal Endangered Species Act. One site has been acquired by the Western Pennsylvania Conservancy. The Nature Conservancy is trying to protect four sites in eastern Pennsylvania. A coal mine was modified to prevent disruption of the hydrology at a western Pennsylvania location. Surveys for this and other wetland plant species of special concern continue to be concentrated in the glaciated sections of the state.