This species is a major food source for many species of butterfly larvae - the pollen is the only known larval food of the passionflower bee. 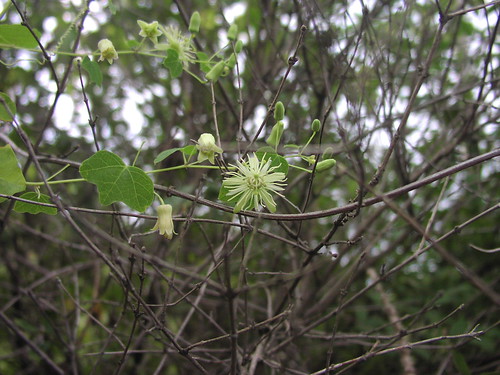 Yellow passionflower (Passiflora lutea) is a perennial herbaceous vine, climbing or trailing to lengths of around three meters.

Yellow passionflower's status has yet to be determined through the majority of its natural range; further study of this species' abundance, especially in states at the edges of its range, would be invaluable in planning its conser-vation. Generally speaking, yellow passionflower will benefit from preservation of its wetland habitat and man-agement of invasive competitors such as Japanese honeysuckle (Lonicera japonica).