The leaves and bark of this species can be chewed and then placed on sores. The fruit of this plant is tart and juicy and can be cooked into a sauce. 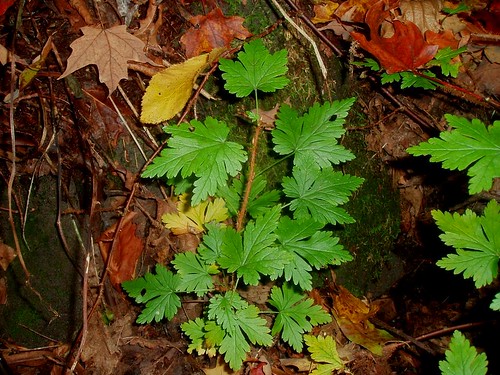 Swamp currant (Ribes lacustre) is a low sprawling shrub with bristly/prickly stems. The leaves are alternately arranged, simple, deciduous, and have three to five deep lobes that give them a maple-like shape. The tiny reddish flowers (a few millimeters in length) are grouped in elongate clusters and appear in May. The fruit is a dark purple or black berry with bristly/sticky hairs.

The swamp currant has been given a proposed status of Endangered on the Plants of Special Concern in Pennsylvania list by the Pennsylvania Biological Survey and the Department of Conservation and Natural Resources. It is currently known to PNDI from a single population in the state, although there are old historical records from a few scattered locations in the northern and mountain counties.

The species grows in damp soil on rocky slopes and talus areas, moist to seepy rock outcrops and cliffs, and in cool woods and swamps.

Its historical range in Pennsylvania is in the northern and mountain counties.