Due to its strength this species is used for fence posts, fuel and other general construction projects. 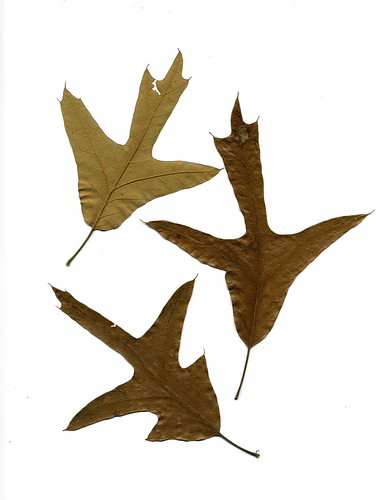 Southern red oak (Quercus falcata) is a deciduous tree that may grow to 25m in height. The bark is gray and furrowed. The leaves are alternately arranged, broadly U shaped at the base, densely and permanently hairy on the undersurface, and with three to seven bristle-tipped lobes that tend to have relatively few secondary lobes or teeth. The flowers, appearing from late April to May, are unisexual, with female flowers occurring singly or in pairs and male flowers arranged in much more conspicuous clusters of long, drooping catkins. The fruit is an acorn averaging about 1-1.5cm in length, and is covered about of its length by a scaly saucer-like cup.

The PA Biological Survey considers southern red oak to be a species of special concern, based on the relatively few occurrences that have been confirmed and the small state range. It has a PA legal rarity status and a PABS suggested rarity status of Endangered. Fewer than fifteen populations are known from the state.

In Pennsylvania, it represents a southerly species and has been documented historically in a few southeastern counties.

The known populations of southern red oak are threatened by habitat loss, invasive species, and in some locations, excessive browsing by deer.

Establishing buffers around fragmented forested habitat and removal of invasive species will help to maintain populations.