Uncommon but not rare; some cause for long-term concern due to declines or other factors.

Hemlock – Mixed Hardwood Palustrine Woodlands are threatened by habitat alteration, deposition (sedimentation, agricultural runoff), and alterations to the hydrological regime (flooding due to beaver dams, lowering of water tables). Clearing and development of adjacent land can lead to accumulation of agricultural run-off and pollution, sedimentation, and insolation/thermal pollution. Eastern hemlock communities are threatened by hemlock woolly adelgid (Adelgis tsugae) infestations. A. tsugae is an exotic pest insect that feeds on the twigs of the eastern hemlocks causing defoliation, bud mortality, and, eventually, tree mortality within as little as four years (Young et al. 1995). As tree mortality occurs, light availability increases due to the widening of canopy gaps and provides opportunities for the colonization of invasive plant species within the understory (Orwig and Foster 1998).

A natural buffer around the wetland should be maintained in order to minimize nutrient runoff, pollution, and sedimentation. The potential for soil erosion based on soil texture, condition of the adjacent vegetation (mature forests vs. clearcuts) and the topography of the surrounding area (i.e., degree of slope) should be considered when establishing buffers instead of relying on a pre-established distance for buffer width. The buffer size should be increased if soils are erodible, adjacent vegetation has been logged, and the topography is steep as such factors could contribute to increased sedimentation and nutrient pollution. Direct impacts should be avoided (e.g., roads, trails, filling of wetlands) and low-impact alternatives (e.g., elevated footpaths, boardwalks, bridges) should be utilized in situations where accessing the wetland cannot be avoided. Care should also be taken to control and prevent the spread of invasive species within the wetland. Alterations to groundwater sources should be minimized. This is a successional type therefore acreage and occurrences will fluctuate with time depending on the level and frequency of disturbance in a given watershed or region.

Variations may occur at eco-regional levels. There is a need to collect plot data to characterize variations and guide further classification of this community type. Various successional trajectories may occur depending on the type and frequency of disturbance. Understanding the dynamics of this community type will help to understand the community’s persistence as a distinct type or as a short-lived successional stage. Community changes following hemlock defoliation from wooly adelgid infestations should also be studied.

The relative trend for this community is likely decreasing due to hemlock mortality resulting from wooly adelgid infestations. Hemlock – Mixed Hardwood Palustrine Woodlands were probably less common but have increased due to flooding from beaver activity in some areas of Pennsylvania (which benefits this community), although it may have declined in some areas due to wetland draining/filling, alterations to groundwater discharge, and clearing of the adjacent lands leading to sedimentation. This community is successional and will most likely advance to closed-canopy forest wetlands unless maintained to have an open canopy. 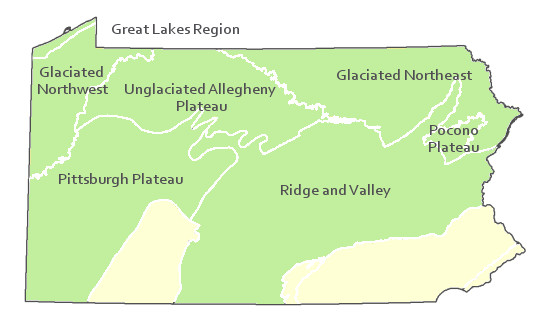