A seep is where groundwater flow meets the surface and diffuses through soil before emerging over a significant area (as opposed to a spring, where groundwater emerges as a concentrated flow). The constant flow of groundwater keeps the soil saturated. The water is always clear and cool, and may have mineral enrichment, because it comes from groundwater sources. This unique habitat hosts several plant and animal species that cannot utilize other wetlands where water levels fluctuate seasonally. Where groundwater flow is sufficient to form a channel of water, it is called a spring. Pennsylvania has many seeps because of the predominance of sedimentary rock formations; water infiltrates from the surface, flows downwards until it hits an impervious layer of rock, then follows this layer until it surfaces, forming a seep.

This type includes small herbaceous seepage areas with scattered to moderately dense cover of broadleaf and grass-like plants. Typically the community is over-topped by trees and shrubs from the surrounding forest, although large examples will be open. Herbaceous species are strongly dominant and tend to be relatively diverse, especially where there is greater mineral enrichment.

The pH of these forested seep communities varies widely and this significantly influences species composition. Seeps with moderately to strongly calcareous groundwater ([Ca] >15mg/l) often contain one to several calciphilic species in addition to the speices listed above.

Uncommon but not rare; some cause for long-term concern due to declines or other factors.

The Golden Saxifrage – Sedge Rich Seep receives more light than does this type. The greater light availability is reflected in the species composition. The Golden Saxifrage – Pennsylvania Bitter-cress Spring Run Community is also groundwater fed, but in the case of a spring, water comes to the surface in a concentrated rather than diffuse flow.

Seepage wetlands are unique because they provide a constant source of water at a relatively even flow and temperature throughout the growing season. They are utilized by amphibians and aquatic insects for breeding. Some plant species are also specifically adapted for seepage wetlands. This community type is currently broadly defined and includes forested seeps with a range of pH values. In examples of this community type receiving calcium enriched groundwater, several plants of special concern in Pennsylvania can be found: rough-leaved aster (Eurybia radula), spreading globe-flower (Trollius laxus), hemlock-parsley (Conioselinum chinense), and grass-of-Parnassus (Parnassia glauca).

The greatest threat to these communities is bedrock disruptions such as drilling or mining in nearby areas, which can contaminate or alter the flow patterns of the groundwater that feeds the seepage. Groundwater pollution can also occur from improperly installed septic systems, from improperly lined underground waste disposal, and in agricultural areas from infiltration of pesticides, fertilizer applications on lawns and agricultural fields, and bacteria from animal wastes. Removal of natural vegetation cover adjacent to the wetland can affect water levels and temperatures by increasing solar heating and evaporation. Invasive plant species can threaten the biological integrity of the community. The terrain and vegetation within this community are sensitive to foot traffic.

Drilling, mining, or other disruptions to bedrock should not be undertaken within a half mile of a seepage wetland without a thorough understanding of bedrock layers and groundwater flows. Groundwater flow patterns do not always mirror surface watersheds, and in some cases aquifers may be contiguous over large areas. Seepage wetlands are also sensitive to trampling and other physical disturbance from recreational activities; trails should be sited away from the wetland, or elevated structures employed to prevent traffic in the wetland.

Fike (1999) described a "calcareous subtype," of the Skunk Cabbage - Golden Saxifrage Seep, which differentiated from the what is described here by the influence of moderately to strongly calcareous groundwater ([Ca] >15mg/l). Fike's stated that the subtype included the species in the more general concept, but usually with the additional presence of one to several calciphilic species. The species of calciphile present varies; typical representatives include spreading globeflower (Trollius laxus), hemlock parsley (Conioselinum chinense), and grass-of-Parnassus (Parnassia glauca). These species also have higher light requirements, so sites or portions of sites on which they occur tend to be somewhat open. Becuase of this, there is a high degree of overlap with the Golden Saxifrage - Sedge Rich Seep and more work needs to be done to determine if this calcareous subtype should be recognized.

Specific figures for this wetland community type are not available. 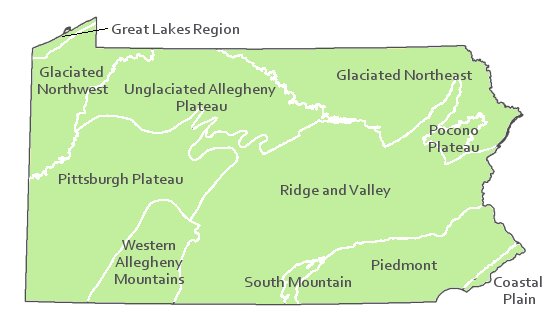