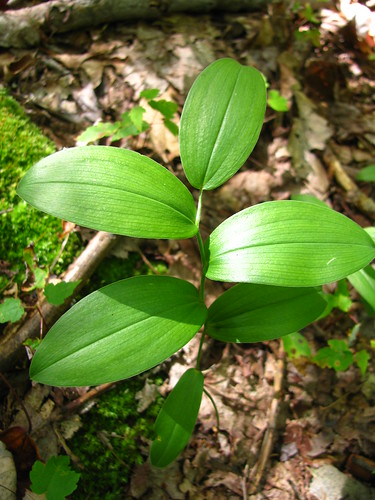 Though it is ranked as secure in Maryland, West Virginia, and North Carolina, mountain bellwort is much rarer at the north end of its range. It is classified as endangered in New Jersey and New York, and as rare in Pennsylvania, where five closely clustered populations are recorded.

Existing mountain bellwort populations will benefit most from the protection of their habitat; protected areas should be large enough to allow population growth. Control of deer browsing will likely be important, as will management of exotic plants.